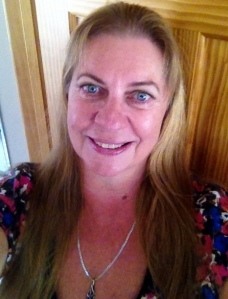 Linda S. Rice is a lover and writer of time travel romances with a sprinkle of steamy erotica in the mix.  She also loves music and is a fan of doing pirouettes in her kitchen. Visit her at LindaSRice.com and learn more about her books. Right now, lets learn more about her!

Tell us a little about yourself! Who are you? What do you write?
I’m 64-years-old, married for 46 years, and live in the mountains east of San Diego with my husband and four cats. I’m semi-retired, which means that I can spend a lot of time writing but I also help my husband in his mortgage and real estate business. At one time I had dreams of becoming a ballerina, and I did dance semi-professionally for a few years when I was in my 20’s, but it’s a very difficult and physically-demanding career that I had to abandon when we started a family. When no one is looking, however, I still find myself spinning around the kitchen island or leaping down the hallway while humming a Tchaikovsky tune. I currently write time-travel romance with a bit of erotica sprinkled in.

When did you first consider yourself a writer?
When I was 12-years-old. I was always a story-teller with an out-of-control imagination, which got me invited to a lot of slumber parties. We’d all get into our p.j’s and sit in a circle around a couple of candles and I’d make up spooky stories about haunted places.
One rainy day in gym class in 8th grade, when we all had to sit inside the locker room on benches, I started to write a story that grew into a 200-page, hand-written “book.” It was about 2 girls and their adventures with the Beatles. Today, it would be called fan fiction. As I finished each page, I passed it down the row. By the end of the school year, I had about a dozen or so followers who were anxiously awaiting the next page. I still have the hand-written version, but when I got a typewriter for my 13th birthday, I typed it up, for posterity, I guess.

What does RWASD mean to you?
It means encouragement, support, and a lot of love. I have learned so much at the monthly meetings and met so many wonderful people. The events and opportunities for members sometimes blows me away! Before joining RWA, I had a publicist, but I have to say that she did nothing for me compared to RWA…Book signing at the LA Festival of Books, reading and book signing at Love at the Library. Awesome speakers at the meetings. It’s been incredible!

What is the biggest challenge you have faced on your journey to becoming a writer?

Figuring out social media, websites and how to promote myself. I tend to stick my head in the sand when it comes to all those things I know I need to do it, but all I want to really do is write.

What attracted you to the genre you write? Why does it speak to you?

The concept of time-travel has always fascinated me. In my teens, I read a lot of historical fiction and romance and I always felt as if I were right there, back in the past with the characters in the books. I wondered what it would be like to live in Egypt at the time of Nefertiti or in England during the Regency era or in Russia when Anna Pavlova was the greatest ballerina in the world.

Where is the weirdest place or what is the weirdest thing that inspired an idea?
Okay, this is really weird, but right after I finished writing the 5th book in “The Necklace” series several weeks ago, I kept having a dissatisfied feeling about the ending. This book was meant to be the final book in the series, and I wrote a bittersweet, happy ending that felt just right, but for some reason, the last part of the book seemed “rushed,” as if I was trying to get it over with. I procrastinated submitting it to Create Space to get published, not really knowing why. But then, I went to see a psychic who I’ve been going to for the past couple of years. I saw her last in December, 2015, but something drew me to go see her again.
When I walked in and sat down, the first words out of her mouth were, “Oh! You’re the lady who writes time travel books that have something to do with music.” When I told her, yes, that was me and that I just finished the last book in the series, number 5, she shook her head at me and said, “No, no! You’re going to write a book 6 to finish the series.” Thinking to myself that there was no way I was going to write a book 6, I tried to brush it off, but she just wouldn’t let go of it, insisting there would be a book #6.
When I got home, I looked at the manuscript for book 5 and realized that the ending really was “rushed,” and that I could easily expand upon it for a 6th book. So, I removed it and am now getting ready to write book #6.

Who’s a writer you would do backflips to meet and why?
I would love to meet Amanda Quick, aka Judith Ann Krantz. I feel very in tune with her writing style and absolutely love her characters. Her females are always feisty and her males arrogant and very sexy.

If you could go back 20 years ago, what advice would you give yourself?
I would tell myself to quite putting off my dream of writing. Year after year I put it off, thinking, “next year, next year…” It wasn’t until 2 years ago when I lost my 3rd job in a 5-year period that I finally thought, “This makes no sense. I get zero satisfaction from what I’m doing. I’m just a wage slave and every new job I get is just a dead end.” I wish I would have followed my dream sooner.

Tell us about your latest novel! 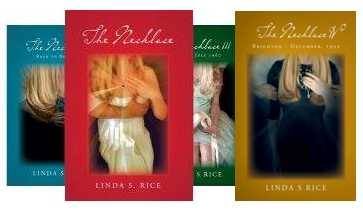 My latest novel, “The Necklace V – Strawberries & Wine,” is the 5th in “The Necklace” series. I thought it was going to be the final book, but…well, read above about the weird thing that recently happened to me.
While the first four books in the series are time-travel journeys into the past for my main character, Susan, book #5 takes place in the future. In this book, Susan has finally learned that she can’t change history to be with James, the man of her dreams and a former member of “the most famous band of all time.” She might, however, be able to make a future with him.

Can you share a little of your current work with us?
“Do you know what this strawberry reminds me of, Susan?”
Suddenly she remembered the loaf of French bread he’d brought and that was sitting on the kitchen island. He’d also brought the strawberries. It didn’t take long for her mind to drift back into the past. Her voice was a mere whisper when she responded.
“French toast…with…with strawberries?”
It was what she’d made for him for breakfast out at Auntie Annabelle’s cottage, the day after their picnic and when she’d surrendered her virginity to him after almost falling into the pond. It was actually the first meal she’d ever cooked for him…all that time ago…in June, 1962…
“Well, yes…that…but it makes me think of something else as well.”
She searched her brain, but couldn’t think of anything else that would remind him of strawberries as they related to her other than he knew they were a favorite of hers.
She looked at him quizzically. “What else does it make you think of?”
He stared into the fire for a moment before looking back at her.
“The night I asked you to marry me for the first time.”
She bit her lip and looked down at her lap. It wasn’t a good memory for her. When he’d asked her to marry him in their hotel room in London, right after the band recorded what would become two of their most famous songs, she had panicked, not expecting his proposal. And, when he realized there was actually another man in her life, a red rage had taken over him and she was immediately returned to the future.
“I remember…”
‘When we were in the dining room, celebrating the recording of “Squeeze, Squeeze Me” and “From You to Me,” I asked the waiter to take a bottle of champagne and a bowl of strawberries up to our room…I knew strawberries were your favorite…”
He paused, watching her twist the chain of her ballerina necklace between her fingers, her face still focused on her lap.
“After you accepted my proposal…I had no doubts, you would, you know…I was going to open the champagne and toast to our future. And then I was going to feed you strawberries, and when you’d had enough, I was going to kiss the juice off your lips and face…”
He paused again when she looked up and into his eyes.
“Then I was going to take you to bed and make slow, sweet love to you all night long…”
She inhaled and held her breath as he moved his hand forward towards her mouth with the strawberry held between two fingers. Their eyes were locked together.
She took one bite, then another.

Before you go, any advice to give to the new writers out there?
Yes, decide what writing style works best for you then just go for it. Write when you feel inspired; take a break when you don’t. If you’re a person who likes to do outlines and make notes before you write, stick to that. If you’re a person who writes best from “the seat of your pants,” then just let it flow out of your head onto the page. If a combination is what makes you feel comfortable, then customize it for YOU. There is no right or wrong way to get your story out there. Forget the articles that tell you that you “must” do it this way or that way. You’re an individual with imagination and talent. Just let it flow.