How Long Does It Take to Write a Book?

Oh, the age-old question we get as writers: How long does it take to write a book?

I’d love to know the answer myself! What I normally tell people is that it depends on the kind of book I’m writing. Is it a category romance? Then I can get a head of steam going and write one of those in a relatively short amount of time since it’s like a happy trip away from the other books I write—the darker stuff. Because of what’s involved with a paranormal, those take longer. You’ve got to fill the holes in your world while building it, and if you’ve got a mystery involved, well, you really need to pay attention to who knows what and cover every angle.

But let me talk about the book that took the longest from conception to publication., through every single developmental stage. The book of my heart. 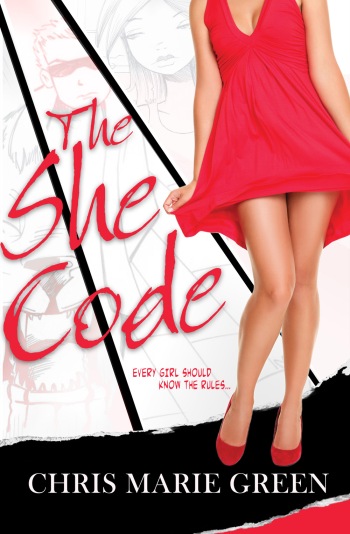 I first started to write this one back when chick lit was new and, unfortunately at that time, it never found a home. Since the story was about a twenty-two year old wannabe comic book penciler, I had included the idea of having sketches and comic panels involved in a subplot, and that was one reason print publishers weren’t sure where it should go on their lists. Another reason was that the theme wasn’t exactly your basic Sex in the City everyone-is-friends-yay! plot. This is the story of a friendship breakup, and although it has its share of good-time parties and fun, the journey for the heroine makes her sadder but wiser.

So I sadly put that manuscript under the bed. But I never did forget about it.

When the digital revolution rolled around, I knew it was time to pull The She Code out. Over ten years later. I hired a new artist to do the artwork (Billy Martinez of Neko Press Comics!) and readied the book for indie publication by, yes, starting up the writing process again. This time I was rewriting, though.

But there was something I didn’t rework: I decided to keep the story in its original time frame—the early 2000s. I’m not sure anyone is nostalgic for that era yet (Is it even an era at this point?) but it was a time before cell phones and technology absolutely overran our private lives, and that’s really important to the story. For one thing, I remember what my cell looked like, and it’s hilarious. I could’ve rented a truck to haul that thing around. And if you ask someone who writes horror stories how cell phones changed their movies and books? The answer will be “massively.” Nowadays you have to figure out a good reason for someone not to have a working cell phone so they can easily report being stalked by a bad guy while camping.

The She Code isn’t horror, but a timeframe change would’ve altered a lot if I’d messed with it. That’s because the comic book industry was just feeling the effects of the digital revolution. Comic panels were still widely hand-drawn, not done on a computer, and updating the story to this age would’ve negated the “feel” of the industry, back when Comic-Con was attended “only” by under 100,000 people. And the pop culture references, which are important to my geek-girl character, would have needed to be overhauled, too, and that would’ve changed her.

And I was already very good friends with my main character, so since this was an indie project and I had the power not to change her, I didn’t. J

What’s extra awesome about an indie project is that the creative juices can flow in the marketing arena, too. The She Code novel will have companion pieces, just like the short story that’s going to be posted for free on WattPad.com for the next month starting on Friday, 8/23. “Yes Girl” will be separated into four different parts, so I hope you all join me to read it at http://www.wattpad.com/user/ChrisMarieGreen ! There’ll also be two follow-up She Code novellas this year in September (“Roommate from Hell”) and October (“Best Friend Ever”).

So, yes, The She Code took forever to come to fruition, but the wait has been worth it. I hope you all are just as happy with your present indie projects as well as those that will come in the future!

2 thoughts on “Chris Marie Green answers the question–How long does it take to write a book?”